As you can see below, the CNC machine I am using to build all my parts was designed and build by me (Rendering done is KeyShot).  As usual, it started life as a model in Solidworks.  The parts, once I was satisfied with them, were cut out of Aluminum, and the bigger ones were cut on a Water-Jet machine.  The rest as you can see, are simply Extruded Aluminum.  Initialy, I was running it with a regular wood router as a spindle.  Eventually, I moved on to a VFD spindle.  More information and Pictures below. 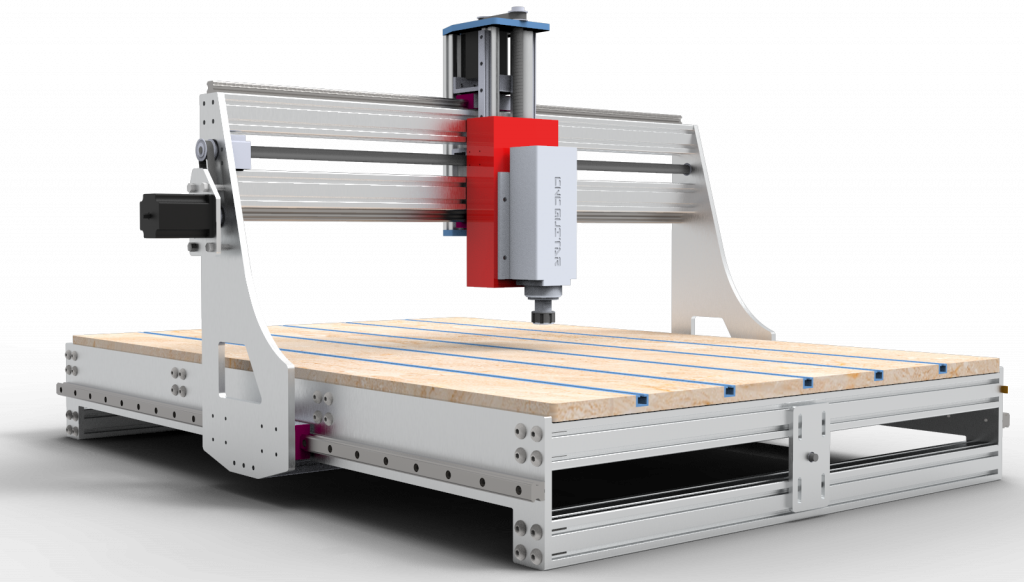 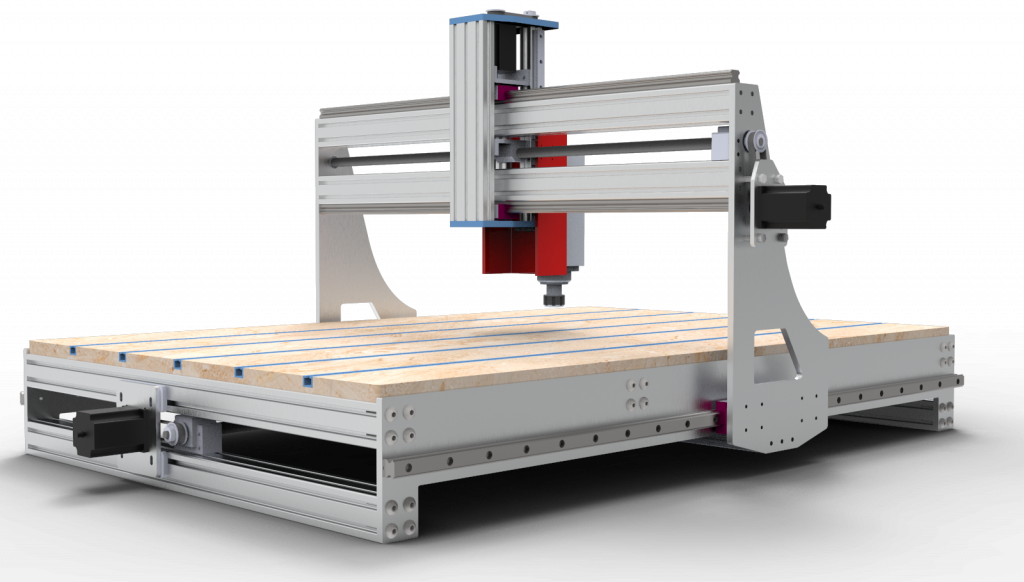 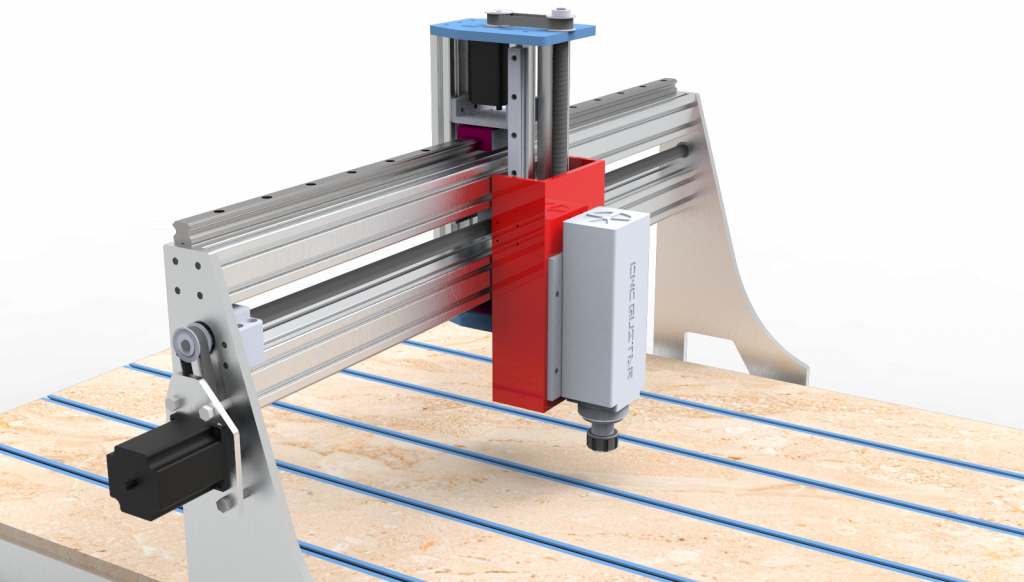 The videos above (from my youtube channel) detail the process I took to build the dust hood of the machine, and also the Touch Probes I use.  Pretty straight forward, with also the help of a MACH3 plugin.  Have a look, and let me know if there is anything further I might be able to answer for you.  Below, you can see that before the VFD spindle, I was using a variable speed wood router.  I have to say, that it did the job quite nicely as well.  I think I paid about $200 at Home Depot for it when I got it, and still use it to this day as a stand alone router for bindings and round overs.  As you can also see, before I began to cut anything, I was testing out the machine by “air cutting” different guitar bodies, like the Les Paul you see in the video below.  Better be safe than sorry , (or ruin a very expensive piece of figured Maple)!  At around 1:07 you can see the CNC controller in action (I placed LEDs that light up depending on the axis direction).  The router mounds where cut out of Delrin on the CNC offcourse!  You can also see close ups of the steppers, cable carriers, and ball screws etc.  It will rapid at 400IPM with no issues.  I tried pushing it more, but since the X-axis screw is a bit large, it would whip and stall.  More speed than I need for my needs! 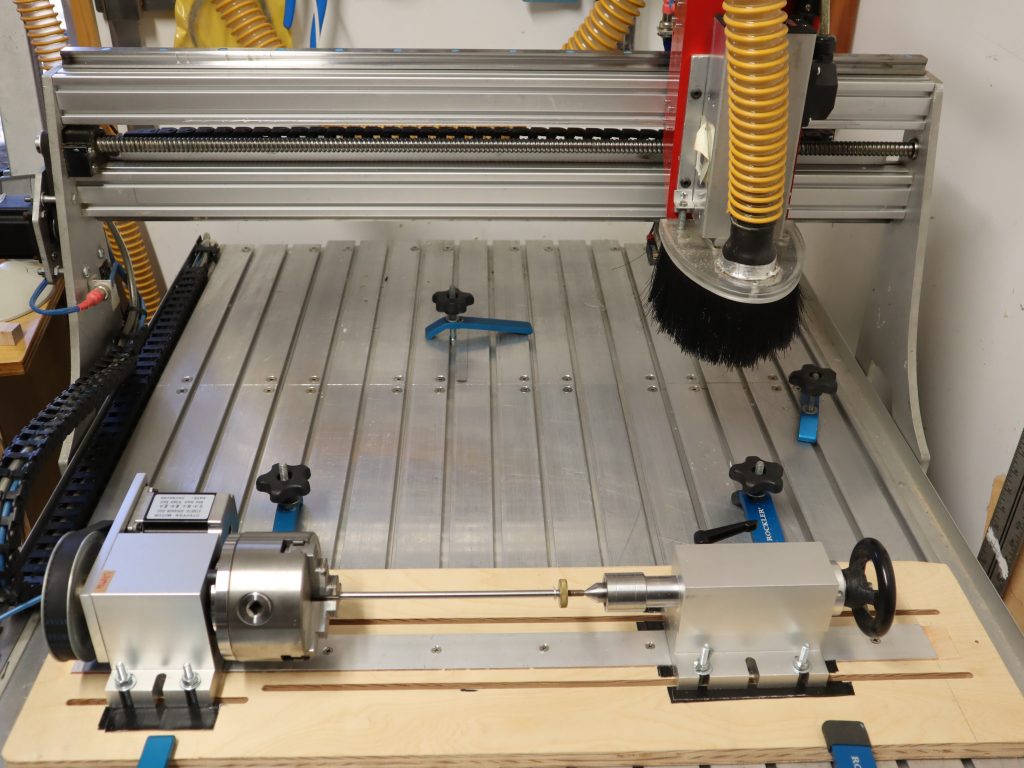 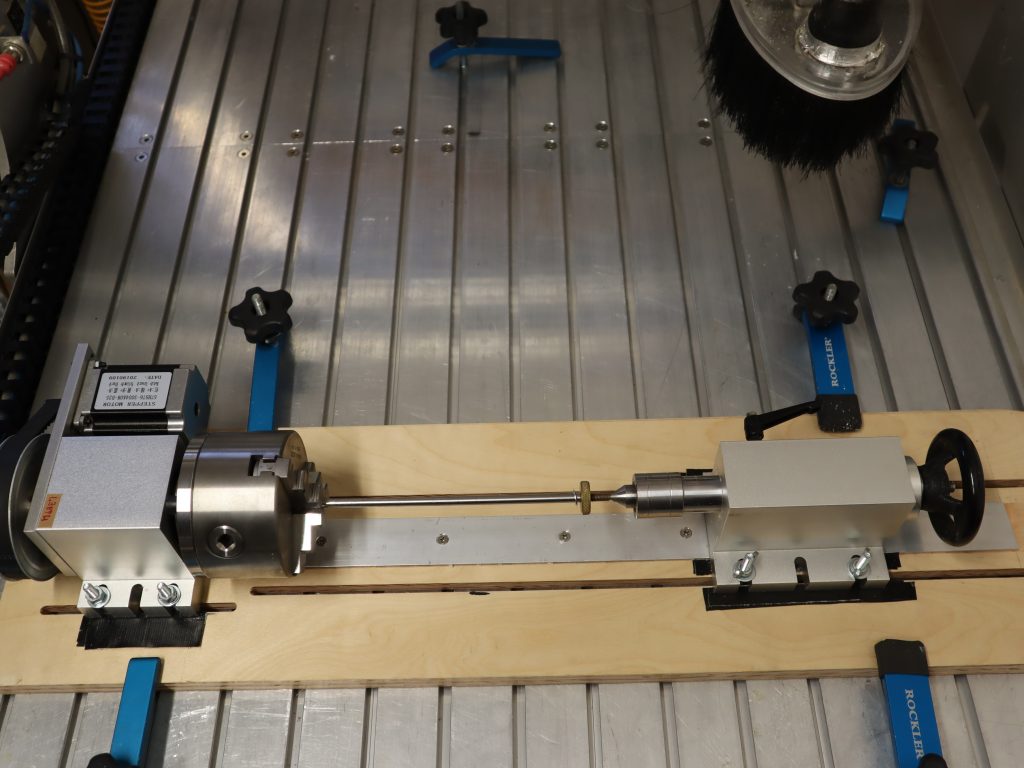 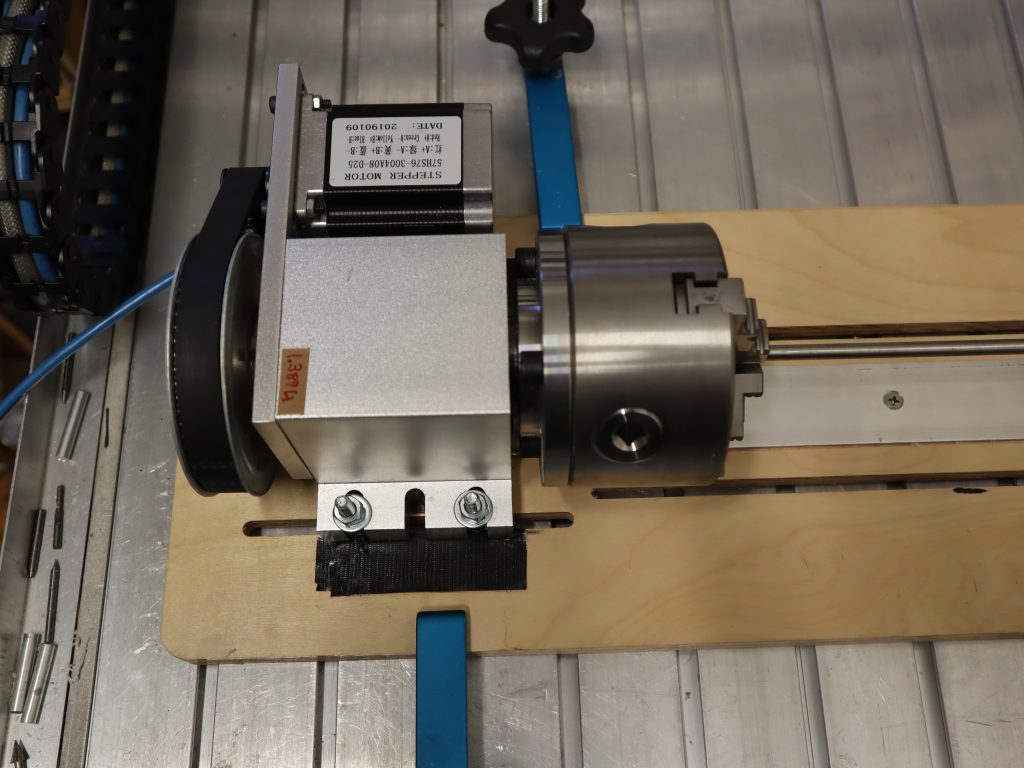 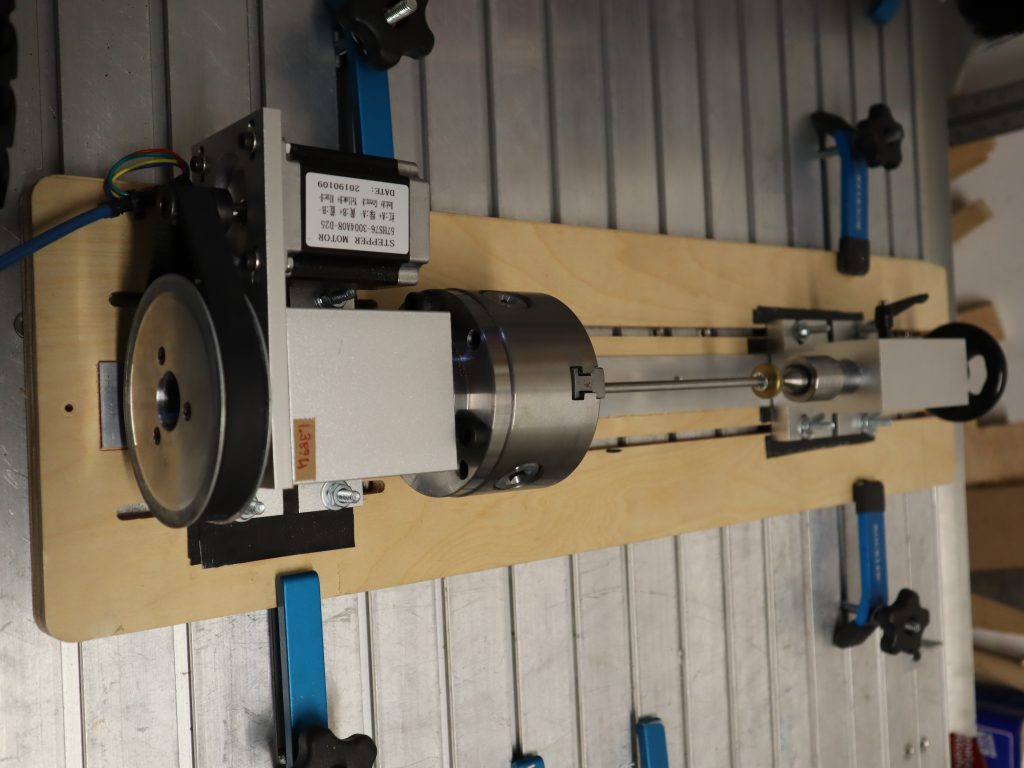 Above you can see my most recent addition to the machine: a 4th axis. I had to expand my controller by adding another stepper driver, but this was easy since my breakout board already had room for another input.  I then had to configure Mach3 to accept this axis (will write a blog on how I did this soon). As you can see, what I have mounted to the axis is a Pen mandrel, since I was in the process of engraving and carving some pens.  No real use for the 4th axis for Lutherie, but I have seen folks machine necks by mounting them to a 4th axis.  Not sure of the benefits, but maybe someday I will give that a go.

And now, time for a bit of nostalgia:  The machine to the right (bottom) is the first CNC machine I build back in 2007.  As you can see, I had it cutting a “warlock” type guitar which I build, which was also my first guitar! It was cutting at a blazing speed of about 30 IPM! How did I achieve this you ask?  Well, by simply using Home Depot Threaded Rod and electrical conduit off course! Nothing but the best!  It was really a learning experience, and one I will fondly remember.  It was not long after that, that I realized I needed to get serious LOL!